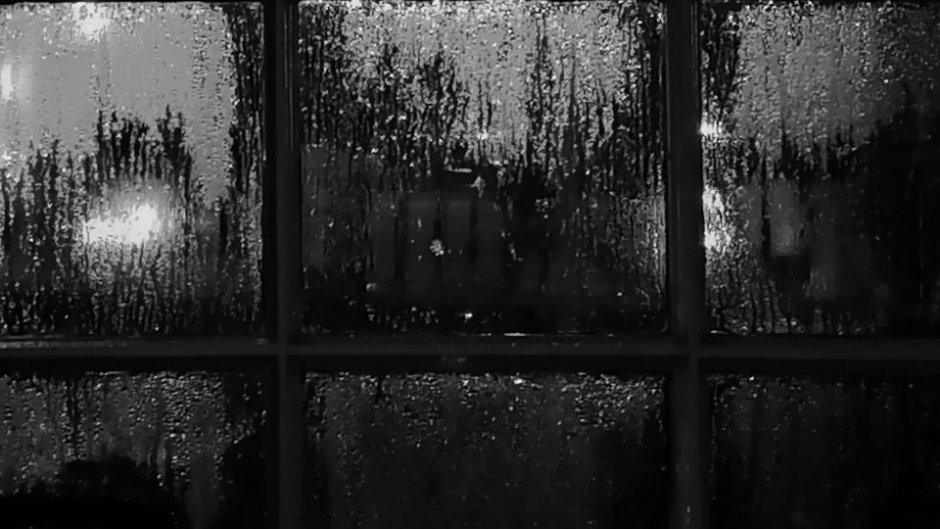 I came in, tripping on my own feet. I hit the wall several times, blaming the fact I wasn’t able to find the switch and turn on the light. I shut the door so hard, that I felt the floor trembling. I needed just a moment for my eyes to get used to the light. They were itching so bad that I was almost crying. With my back glued to the wall, I slid down, curling in my lap and arms.

The pain I had tried to numb all day long to be able to arrive in this room without tearing apart was now rising like the high tide – from my feet directly to my head. I got up – my sight blurred – and I reached the minibar. My right hand searched for alcohol as soon as I felt the breeze on my legs. I shut it with a kick and searched for the cigarettes with my left hand. I had rolled some before. As I slid one out of the pocket and light it up, I opened the can of beer. The curtains were still closed. I didn’t even have a peek of the view from my room: whatever was out there wouldn’t be able to cherish me up. I took the first sip. The beer was so cold a shiver ran through my spine. Sip by sip, I ran out a pack of beers before being able to realise I would go through a night of drinking the day before having to take a plane. A week after I arrived here, and I was still fighting with the jet lag. I was blaming it for me being so sensitive over someone, over something. I had a peek of myself in the mirror while pacing the room. The corner of my eyes hurting in the effort of trying to see myself without directly watching my reflection. I was sweating. The more I was pacing the room while drinking and smoking the more I was sweating. I was hoping from the pit of my stomach to get rid of any energy just by sweating. I was pulling my ears trying to hear every piece of me falling on the moquette, drifting apart, as ruined as an old building during an earthquake. Every sweat drop, every inch of my skin covered in my own sweat, all kept together just by my hoodie. I hoped everything was falling apart as soon as possible. Thrilled by the alcohol and the smoke, I took out my notebook and began to sketch my heart out. The dark ink mixed with my teardrops and the trembling of my left hand on the wet ink gave to all of them the resemblances of a mess. The moment I realized what I had drawn, I tore all the papers apart. One by another. I need something stronger than beer. My hand searched again the minibar for some vodka or whiskey. The little bottles, that filled the mini-fridge, were still not enough. The room was too still for me to be bearable. My lungs were hurting for the smoke but the shift of the pain to my lungs wasn’t able to switch the focus of my thoughts. As I lied on the floor, shirtless, I hoped, for the last time, that all my pieces were running away, searching for the same culprit.

This morning, I understood I would not be able to catch that plane as soon as I opened my eyes. I called to change my ticket. A roughly angry call. I put my back against the cold wall – still shirtless – hoping to find some help in it. The cold spread through my spine, all at once. However, the more I got used to it, the more it was making me sleepy.

This voice was still haunting me. Was more like a growl, coming from underneath the ground, a growl full of resentment, but was it right indeed? Wherever I went it had followed me, keeping a hand on me, tight like a knot. The eyes on the ceiling, the voice in my ears, the hands on me. It doesn’t matter how far I go. It doesn’t matter how loud I play music or how busy I keep myself. How much I work.

It was four o’clock in the afternoon when I finally decided to open the curtains. I called the hotel service to have more alcohol for the night while watching the November sun going down over the horizon. The room service was faster than usual and the girl pulling the cart gave me a worried look. I probably had the resemblance of a zombie, but I didn’t dare to have a peek in the mirror. I welcomed her in, waiting by the door while she refilled the minibar. Then, while stepping out, she looked at me weirdly asking if I wanted something to eat. I nodded, telling her to send whatever was on the menu that night. I really didn’t have any preferences.

As soon as the meal arrived, it started raining outside. The rain was so heavy that the sound of the drops was filling the room. My head was full of that sound, but I was still able to hear that voice. I could remember that day, with me punching my fist on that closed door, in the dorm. Me trying to open it. The gaze I had received with that sentence was now coming out of nowhere. The haze, rising out of my window, was watching me with those eyes. I was watching them drunk, again like the first time. The way I just rely on alcohol every time something hits me can easily make me the weak, fragile, and broken character of a book. the kind of character that crawls on the floor of a cheap hotel reaching out for the minibar. And it is what I am. The weak character of a cheap book. And this could be why I have no contact with reality anymore. Probably it has always been just this, that I have never existed completely.

My fits on the door. My skin hurting. I do not even remember how many minutes I spent like this – hitting the door, with my forehead on the metal target with the number of the room. 742. The number was printed on my skin when I left. I remember shuffling in the first bathroom, watching myself in the mirror. The number on my forehead, the red lines in my eyes, the dark circles around them and the hair still wet after running in the rain.

I heard the voice outside the door. I still don’t know if it was my imagination or if the voice really came from outside that door. I waited for almost two hours before coming out of the cubicle. I just stayed there. Smoking a cigarette after another.

The meal the lady brought me is still there, on the cart. I think it is cold by now. I am lying with my back on the floor. The moquette is itching my back, but I don’t want to move. Not for a second. 742. There was not even that amount of rooms in the dorm. The number must have been changed by request. My mind is running, spinning, helped by the nicotine and the alcohol. I don’t even know what is real by now and what not. The first time our eyes met – I’m running through the scene. I want to believe, just for a while, that the clock behind here is hitting 7.42 in this very moment.