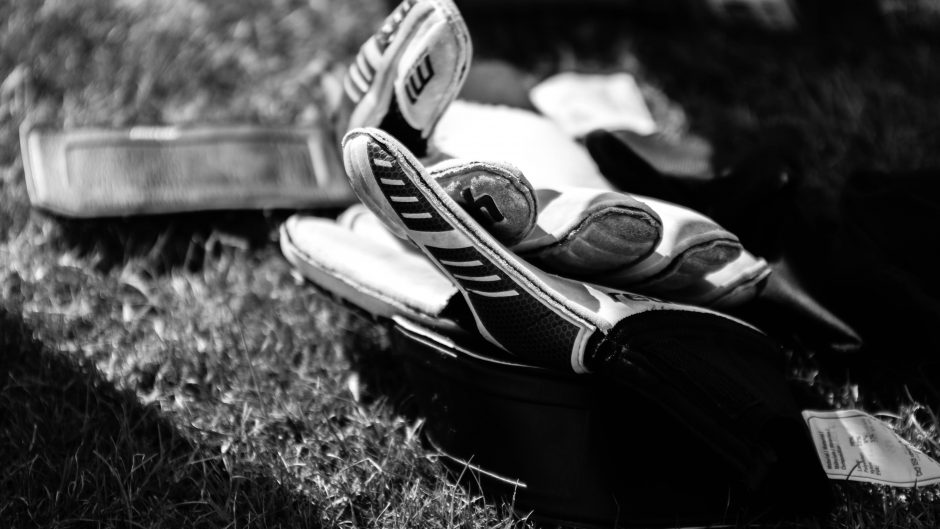 A short story by Alessandro Franci, translated by Paolo Carnevali

When the ball appeared over the heads of my teammates subying in an asymmetrical row, for a moment it glinted against the metallic sky; it was played at nine on Sunday, in fields without grass, yellow and dry or muddy from the rain. I barely had time to see the glow that quickly became dark, like a solid brown fringed sphere that suddenly lowered towards me.

I hadn’t even heard the referee’s whistle and when the seven kicked I knew it from the dull thud of his left foot on the worn leather. The daydream, hatched more than once that Sunday and in so many previous ones, of a spectacular dive, vanished in an instant. Kicked with such force that when I saw that black lump coming straight into my face, I shielded my face and closed my eyes instinctively. The ball crawled on the outstretched fists and soared in the air passing the crossbar, I was hit on the face by scraps of the earth as if they were splinters. The sand adhering to the leather surface of the ball, on the skin, was like abrasive paper, so much so that some red dots appeared on the white knuckles of the hands from the frost. We were seldom given gloves that represented a status symbol, a right of the best, those goalkeepers who were recognized as having special qualities. I, on the other hand, had been called only at the last moment because the junior goalkeeper had had a motorbike accident.

For a few days, in the afternoon after school, I went to the camp: the coach wanted to find out if I could do it against the older boys. I would throw myself on a sticky layer of slime by hugging the slimy ball, or I would jump trying to grab it or push it away with forceful fussing. Shots were coming from all directions, from teammates and the coach himself, a tall, robust man who was shouting at everyone all the time, and if he didn’t speak, he whistled out of tune “All together now” of the Beatles. I was not used to those violent shots and when the ball hit me I felt pain, but I pretended that everything was fine. I passed the exam and on Sunday I made my debut against the first in the standings.

When I arrived in a silver light accompanied by my father, I didn’t even know which team I would make my debut. In the locker rooms, they didn’t speak to me, they joked with each other.

The smell of naked bodies, breaths and sweat filled the locker room. The coach, taking them out of the basket, threw us, one each, the shirt, shorts and socks, whistling “all together now”. While I was wearing the black shirt, he came near Aldo, number four and said to me: < careful, these are strong!>.

On that grey day, I still did not know that that punishment, saved more for self-defence than for skill, would be the last of my career. That of the goalkeeper was an imposed role when we played on the playing behind the houses, nobody wanted to stay in the football goal.

I had to submit to the decisions of the greatest if I wanted to play. The imaginary goalposts were simple reeds planted on the ground, unsteady and held with stones resting on the base. That was how my role was defined. The role of the goalkeeper, however, had an advantage: the goalkeeper, if the game is far away, can think about his own business, and fantasize. Alone, far from the group, I watched my teammates dribbling and running with some attention, but not with real interest. So, I played with my imagination, in the middle of those two badly planted reeds I imagined that Milena was there to look at me. In reality, she came to see Daniele. It was clear that the girls would not say no to him. It was Daniele who brought me to the team, naturally in goal. A real door, enormous, almost as high as a foreign place, an immense space carelessly entrusted to my protection. So, it went on until that Sunday morning, when I was called to replace the goalkeeper. The following Sunday I didn’t play, but I stayed on the bench all the time; came another goalkeeper more experienced and skilled than me, in fact, he was wearing gloves and padded shorts. Shortly after the football league and my career as a goalkeeper ended.